Articles in this summer issue are glimpses into the classrooms of educators who are teaching for social justice, defying the notion that schooling should be reduced to test preparation and the training of “successful” workers.

Our cover article, “The Problem with Story Problems,” is from teacher educator Anita Bright, who uncovers troubling biases embedded in story problems in math textbooks—from elementary through high school levels. Bright shows how seemingly neutral math problems are anything but. Instead, they often reinforce racial and gender stereotypes, encourage students to imagine themselves as bosses, reduce workers to sources of profit, and promote consumerism and the acquisition of “stuff.” But Bright also describes how teachers are helping their students think critically about these word problems and repurpose them with more humane and ecological values. Math teachers, she writes, can “create a classroom climate where challenging the status quo is accepted, normal, and encouraged.”

And that’s just the start. Here’s the full table of contents:

The Problem with Story Problems
By Anita Bright
A teacher educator critiques the biases of story problems in math textbooks. Teachers around the country offer creative alternatives.

The Politics of the Paragraph
By Michelle Kenney
The tale of a high school English teacher’s journey into—and out of—formulaic writing programs as her school struggles with high-stakes exams.

“Kill the Indian, Kill the Deaf”
Teaching about the residential schools
By Wendy Harris
Parallels in the oppressive history of residential schools for Native American and Deaf children help Deaf students better understand their history and culture.

A Teacher’s Letter to His Future Baby
By Greg Huntington
A teacher writes about his hopes for the person his child will become—and some of the dangers along the way.

LETTER FROM THE EDITORS
Classrooms of Hope and Critique
By the editors of Rethinking Schools
LETTERS
Letters to the Editor
ON THE ROAD
Schools, Land, and Peace in Colombia
By Bob Peterson
Available in Spanish
SHORT STUFF
FBI Tells Schools to Spy on Students
Election Rhetoric Harms Students
RESOURCES
Our picks for books, videos, websites, and other social justice education resources.
GOOD STUFF 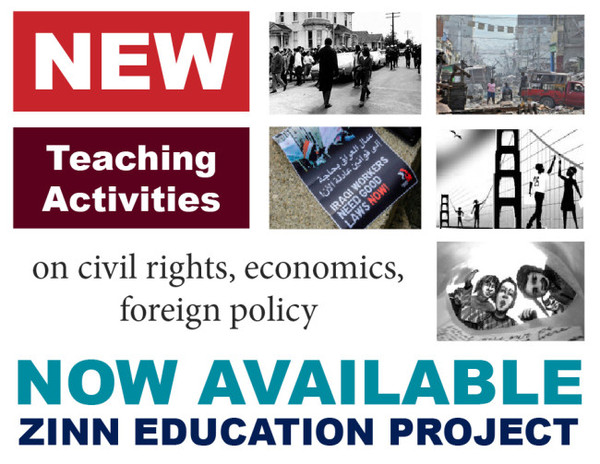 Perhaps you’ve followed the controversy around the name of the NFL team Washington “Redskins.”  They have faced a lot of pressure, and rightly so, to ditch the offensive name. Sadly, the team owner Dan Snyder has vowed never to change the name, and NFL officials have only recently agreed to talks with Native communities. (Here’s background from Huffington Post if you haven’t been following the controversy.)

In Wisconsin, there’s a similar fight underway. Mukwonago is a small town about 30 miles southwest of Milwaukee. The Mukwonago school district’s Indian mascot is offensive and damaging to the Native communities in Wisconsin, so they joined with progressive activists and concerned parents and students to urge the school board to part with the mascot and enter into a community-based process to find a new one. They nearly succeeded in forcing the school board’s hand until the state legislature intervened with a bill that makes it nearly impossible to protest racist team names and mascots.  Just yesterday, the bill passed in the Assembly, and the Senate will take it up next month.

One of the activists who has dedicated an enormous amount of time and effort in pressuring Mukwonago school officials is retired teacher Sandy Shedivy, a long-time friend, supporter and volunteer with Rethinking Schools.  Sandy is a scholar in her own right on this issue.  Her PhD dissertation was on stereotypes.

In her comments to the Mukwonago school board, Sandy expressed

“Our school has appropriated a cultural symbol without knowing the background and history of Indian regalia… these conceptual understandings of  ‘Indians’ rarely come from authentic interaction with members of the Native communities, based in a spirit of honoring and respecting diverse cultures. These logos and mascots must be challenged in order to dismantle the prejudices that emerge from our country’s colonial past.”

Would that NFL team owners and officials heed Sandy’s message.

Fortunately, calls to change the Washington D.C.’s team name have been growing, and sports newscasters and personalities like Peter King, Bill Simmons and most recently Bob Costas have expressed in very public ways that it’s time for a name change.  (Read Dave Zirin’s excellent column on Costas’ remarks.)

As educators committed to social justice, these names and mascots are a violation of our progressive principles, and we need to speak out.  But events like these are also an opportunity for learning and dialogue.

So as we discussed the Mukwonago mascot controversy with Sandy, we came up with the idea to send copies of our DVD Unlearning “Indian” Stereotypes to members of the Mukwonago School Board, the Wisconsin legislators who sponsored the bill to hamstring activists as they fight to remove offensive and racist mascots and logos from our public institutions, to the owners of the Washington D.C. football team, and to NFL commissioner Roger Goodell, whose response has been disappointing.

Originally produced as a filmstrip by the Council on Interracial Books for Children in 1977 as part of a series of filmstrips combating racial stereotypes, Unlearning Indian Stereotypes was enhanced and transferred to DVD by Rethinking Schools in 2008. In spite of the fact that it was produced more than 35 years ago, it remains a useful resource for understanding and confronting racial stereotypes.

We hope that the officials who receive the DVD view it with an open mind and consider how their actions and statements contribute to the negative stereotyping of Native Americans.

Showing the DVD in your classroom would be a great way to connect current events in sports to our history.

It’s summertime, and who doesn’t need a few good books to take to the beach or park?

Listed here are some of the books we’ve recommended in Rethinking Schools magazine in the past year, and we think they would make fine choices for your summer reading list.

Our own Rethinking Schools titles also make for great summer reading.  Take 25% off any of our titles with discount code 5BSummerG12 until August 1, 2012.

I Must Resist: Bayard Rustin’s Life in Letters

Although Rustin was the logistical genius behind the historic 1963 March on Washington, this was just one of his accomplishments over many decades. Textbooks have left Rustin in obscurity, no doubt in part because he was gay and for a period of time a socialist. Rustin was active in civil and human rights struggles dating back to the 1940s.  This book is a collection of more than 150 of his letters to fellow progressives including Ella Baker and Martin Luther King, Jr.

Education and Capitalism: Struggles for Learning and Liberation

Bale and Knopp write as partisans in the struggles to transform schools in the process of transforming society—and they have invited contributors active in teachers’ unions, solidarity movements, and classrooms. The book’s foreword is an interview with Rethinking Schools editor Bill Bigelow by teacher-activist Adam Sanchez.

At a time when everyone from computer geeks to talk show hosts pontificates about what should happen in the classroom, the press and the government ignore those who know schools best—teachers.  This collection of essays from the classroom reminds readers that what matters in our schools isn’t laws or standards, but the lives of students and the teachers who nurture them.  For the teachers in this book, classrooms are about the messy, painful, sometimes tragic, sometimes delicious work of teaching at a time when so many in our country struggle to survive. Readers will weep and laugh along with the teachers who crowd these pages.

This startling and readable new edition chronicles both the attempts to keep black people and Indians divided in the Americas, and their efforts to unite. Two lessons in the Zinn Education Project draw on Black Indians: “The Color Line,” about conscious efforts in early America to create divisions between the races; and “The Cherokee/Seminole Removal Role Play,” which helps students explore events leading up to the Trail of Tears.

Crow is a historical novel about the brutal repression of African American voters that brought an end to the short-lived Reconstruction era. Shining a light on the 1898 Wilmington Massacre, Wright creates the character of 5th grader Moses Thomas, whose father is an alderman and reporter for the only African American paper in the South. Through young Thomas’ adventures and his conversations with his grandmother, who lived for decades in slavery, readers learn about day-to-day life in the black community.

No Crystal Stair: A Documentary Novel of the Life and
Work of Lewis Michaux, Harlem Bookseller

An honest and engaging story about Lewis Michaux, whose Harlem bookstore was a center of African American history, scholarship, debate, and activism from 1932 to 1974.  The book is full of diary-like chronological entries—written in the voices of Michaux, his family and those who frequented the store, including Malcolm X and Nikki Giovanni—interspersed with reports from Michaux’s FBI files, newspaper reports, photos and Christie’s gorgeous illustrations.

News for All the People: The Epic Story of Race and the American Media

The book documents how the media have played many roles with respect to race and racism—from ignoring institutional racism to actually functioning as a key pillar of racism by stirring up hatred and violence against people of color. Also included are dozens of inspiring stories of the Native American, African American, Latina/o, and Asian American  journalists and news outlets that we rarely learn about in school.

The image of John Carlos and Tommie Smith with their fists in the air at the 1968 Olympics is recognized around the world. Yet, as with so much of history, we know about the event but not the story of the organizing by athletes leading up to the Olympics, nor what happened to Carlos and Smith afterward. Read this beautifully written book and you will realize that the full story is as powerful and gripping as the photo.

Have you read any of these books?  Tell us what you thought in the comments.